The Story: I’ve got a lot of stories about winning pitches, this isn’t one of them. The Miami Dolphins put their account up for review and told us their goal was to increase their season ticket base.

The conventional wisdom is that sports in Miami compete with other entertainment options and this affects attendance. We concluded differently.

We learned about sports psychology and concluded, via published studies, that the Dolphins had more than enough allegiant fans to fill the stadium. We were convinced that the Dolphins didn’t compete against other sports or leisure activities but with themselves via free broadcasts of the games. Hundreds of thousands of passionate Dolphins fans watch the games in HD, on large screens, dedicating 100% of their attention to the team every Sunday during the fall.

We identified the opportunity as convincing the target of allegiant “stay-at-home” Dolphins fans that the purest expression of that allegiance was to become a season ticket holder, and that the benefits outweigh cost and burden of doing so.

Strategy: Only season ticket holders are real stakeholders, who show true commitment to the Dolphins. 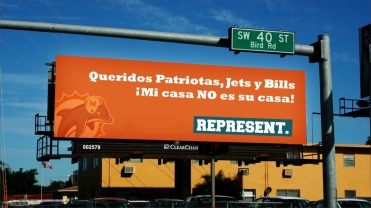 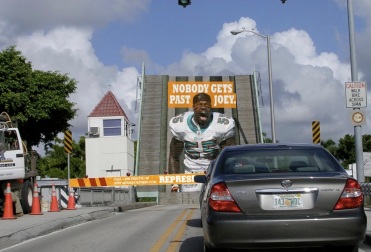 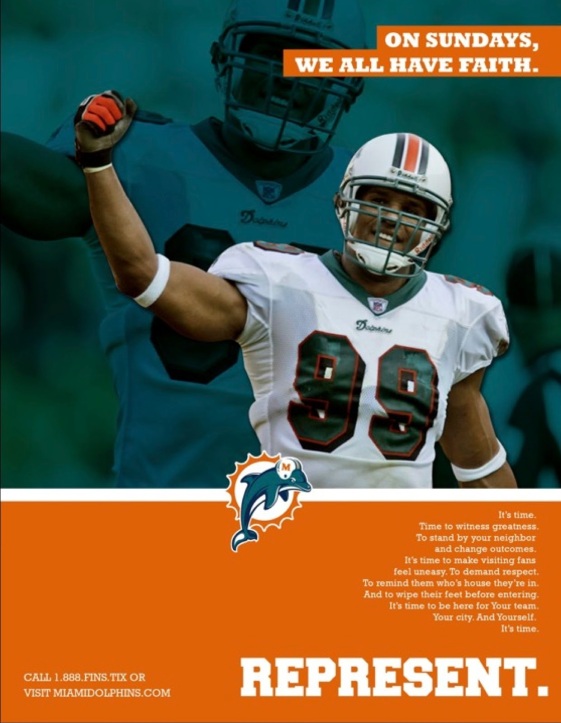 Epilogue: As I said, we didn’t win this account, but I feel vindicated. The client chose another agency and went with a campaign that asked South Floridians to “Join the Party.” The linked article seems to indicate that they accepted our diagnosis about their competitive set however they applied a different solution that inexplicably focused on the entertainment aspects of attending a game. Later the Dolphins somewhat recognized that they had focused too much on celebrity and non-football gimmicks. It’s been reported that the season ticket base has dwindled to about 30,000. Of course, the product on the field is the most important variable and the team can’t promise wins in its advertising, but if I ever get the opportunity to pitch the Dolphins again, I would feel comfortable presenting the same strategy and an updated version of this creative.